RAPID METRO MAY BE EXTENDED TO NEW SECTORS 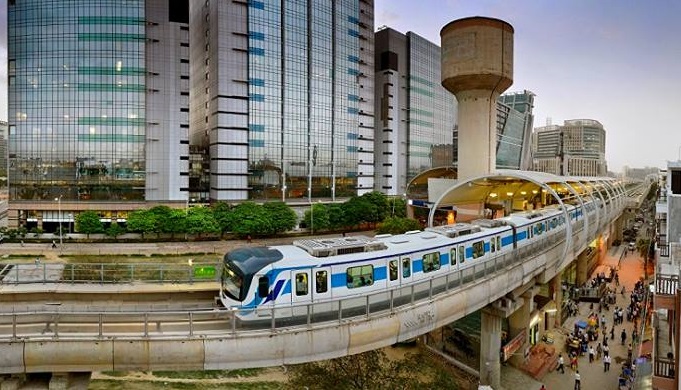 GURUGRAM: The state government, on Monday, finalised the detailed project report (DPR) for the Gurugram metro project. It also began discussion on the extension Rapid Metro from Sector 56 to Vatika Chowk, via Southern Peripheral Road (SPR). According to government sources, the length of this metro link will be around 6.3km. A senior GMDA official confirmed such a plan was under discussion.
“There is a proposal to develop a metro link between Sector 56 and Vatika Chowk on Sohna road, which will be an extension of Rapid Metro,” said the official, requesting anonymity. He added that discussions are currently at a nascent stage. If executed, the project would be a big relief for many people living in new sectors along SPR and Sohna road, as it will provide an alternative link between NH8 and Sohna road, connecting many residential areas on its way, something that residents of new sectors have been seeking for a while. Reports of the extension of Rapid Metro have been doing rounds for a while now, but the proposal gained momentum after the state government decided to take over the financially troubled metro line from IL&FS to operate and maintain it in public interest.
TOI had earlier reported in December 2018 that the Haryana government is in talks with Delhi Metro Rail Corporation to take over operations of India’s first private metro link, which was built on the premise that it would see an average daily ridership of 1 lakh per day in its first phase of operations. But with just 50,000 passengers a day, Rapid Metro has been struggling, a year and a half after it’s second phase was launched. Phase 2 of Rapid Metro, which runs along Golf Course Road, made things worse for IL&FS. Finally, in June 2018, Rapid Metro demanded a compensation of Rs 1,484 crore from the Haryana government for losses incurred due ‘breach of contract’. According to Rapid Metro, the agreement had mentioned that no shared autos would be allowed on the metro route. Sources said although the government has decided to take over the functioning of Rapid Metro, there are concerns over its financial viability.